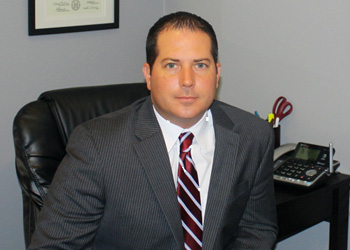 Mr. Taylor received his Bachelor’s Degree from Elon University in North Carolina where he was a member of the pre-law society, and his Juris Doctorate from Roger Williams University School of Law in Bristol, Rhode Island, where he was awarded the distinguished national C.A.L.I. Award presented to him for being top in his class in Negotiations.  While at Roger Williams University, Mr. Taylor was chosen to serve as a law clerk for The Honorable Justice Stephen J. Fortunato, Jr., in the Superior Court of Rhode Island in Providence.  Mr.  Taylor also volunteered his time as a summer intern for Rhode Island Legal Services, a federally funded non-profit firm assisting underprivileged residents in settling child custody issues and protecting the rights of citizens with housing disputes.

There as an associate, he advised clients in the areas of real estate, divorce, child custody, contract litigation, estate planning and probate issues.  Mr. Taylor quickly earned the reputation as a diligent and zealous advocate for his clients, and soon became Partner of Elliott, Stanek and Taylor.  During this time, Mr. Taylor also served as Connecticut co-counsel for GMAC automotive leasing , one of the world’s leading  automotive financial services companies, in cases litigated in the Superior Court and Federal Court.  Directly prior to returning to his hometown of Southington, and founding the Law Office of Jeremy Taylor, LLC., Mr. Taylor briefly served as an associate attorney for Thompson, Vollono & Donovan in Plainville, CT.

Attorney Taylor is a member of the Connecticut Bar Association and is licensed to practice in Connecticut state court and well as in the United States District Court for the State of Connecticut.

Mr. Taylor is very active in his community, both in his involvement in civic and charity organizations.  Mr. Taylor currently serves on the Board of Directors of the Plainville Chamber of Commerce as well as being member of the Southington Chamber.  Mr. Taylor is a former member of the Kiwanis Club of Southington where he was involved in many charitable events and donated his legal services to the civic organization.  Some of Mr. Taylor’s pro bono work includes having been appointed by the Probate Court to serve as a conservator for incompetent persons in the Town of Southington and surrounding communities.  In the few hours that Mr. Taylor is not in the office, he enjoys pursing his other passion on the Connecticut Amateur Golf Tour.

Attorney Taylor was born and raised in Southington where is currently resides with his family.

GENERAL DISCLAIMER: The information you obtain at this site is not, nor is intended to be, legal advice. You should consult an attorney for advice regarding your individual situation. We invite you to contact us and welcome your calls, letters and e-mails. Contacting us does not create an attorney-client relationship. Please do not send any confidential information to us until such time as an attorney-client relationship has been established.